Going into the November 2020 election, many civic and election officials and experts were sounding the alarm of all the potential threats that might interfere with a free, fair, and safe election. This was an election cycle unlike any other the United States had seen, and journalists would be under immense pressure to get unbiased, accurate reporting to an anxious public. Election SOS was formed because it became evident that many journalists, whose newsrooms have been stretched even thinner during the COVID-19 crisis, were unprepared to deal with the threats of political violence, misinformation, and voter suppression. Election SOS elevated tools and resources for journalists, including research, information, and access to experts, so that newsrooms could equitably report on the election, elevate issues from a range of political viewpoints, and help audiences understand and process the news. To reach these journalists and support them in responding to critical information needs, Election SOS called on Mission Partners to amplify the resources through focused messaging and a digital ad campaign. 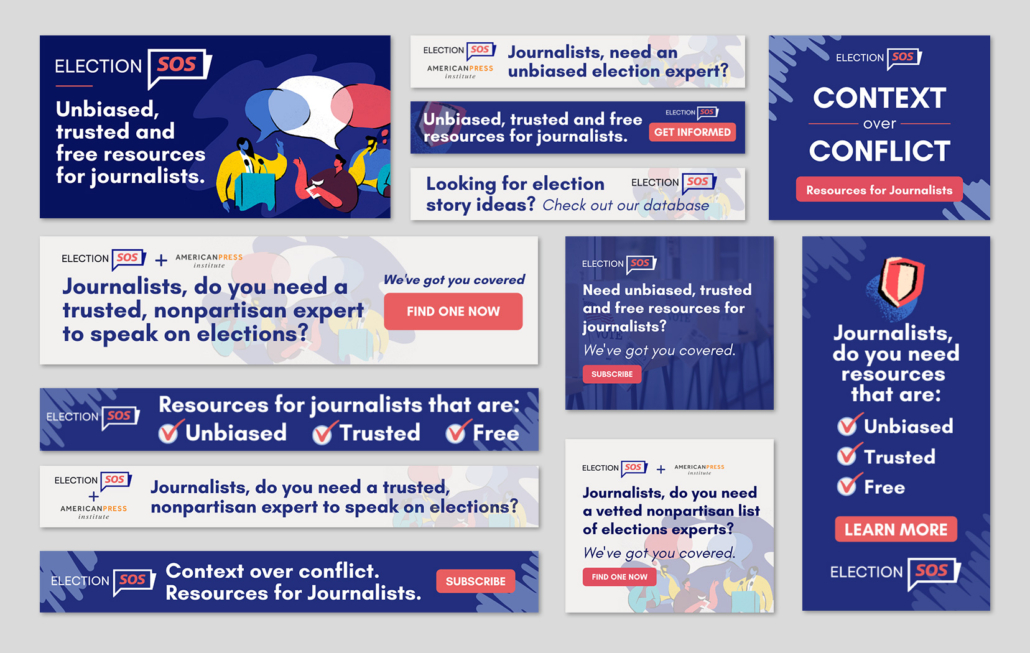