You are here: Home / Events

Mission Forward is our signature speaker series, launched in 2014 to drive deeper conversations among innovative thinkers, makers, and doers in the social change space.

Each event in the series features one or more of America’s leading social innovators and the big ideas that fuel their work. Through candid and in-depth conversations we examine the challenges, creativity, and collaborative spirits of social innovators who are tackling major issues of our time, paired with the philanthropist or investor who invested early in each of their big ideas.

Over the course of each series, we thread the findings together through insights and issue briefs designed to guide purpose-driven executives in moving their own missions forward.

On April 20th,  we kicked off the 2017 series of Mission Forward, at the Greater Washington Board of Trade. This year’s series will be hosted in partnership with Georgetown University’s Center for Public and Nonprofit Leadership, and will feature a series of powerful conversation on what it takes to move big ideas forward.

For the first event in this year’s series, we were joined by MacArthur Genius Award Winner Mauricio Lim Miller, founder of the Family Independence Initiative, who previewed his new book, The Alternative, to be released this summer. Our conversation also featured Natalie S. Burke, founder of CommonHealth ACTION, and a national leader in helping corporate leaders and communities achieve greater equity in their work. Click here to view photos from the event. 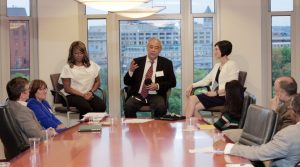 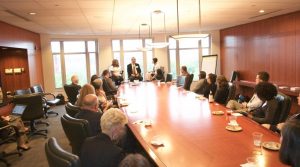 Additional 2017 Events to Be Announced Soon

The 2016 Series, Hosted in Partnership with the Chronicle of Philanthropy

Through candid and in-depth conversations in New York and Washington, D.C. we examined the challenges, creativity and collaborative spirits of social innovators who are tackling major challenges of our time, paired with the philanthropist or investor who invested early in each of their big ideas. Over the course of the series, the Chronicle of Philanthropy’s Stacy Palmer and Carrie Fox shared their findings together through ongoing editorial coverage.

Read more about past events and explore photos from the 2016 series. 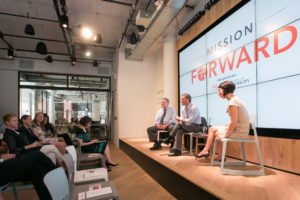 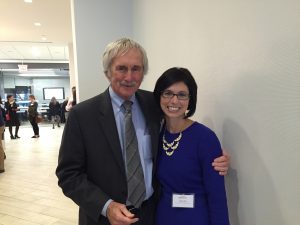 The 2014 Series, Hosted at the Newseum

In October 2014, we brought together some of the best thinkers and leaders in philanthropy, nonprofit management, journalism, and social entrepreneurship to explore the ways in which nonprofits continue to move their missions forward amid today’s changes, challenges and opportunities. View the powerful conversations from Mission Forward below.

Advancing Ideas and Breaking Through the Clutter