The Challenge: How do you both manage and message an organizational transition for maximum success?

Coming Together from a Place of Strength, Not Weakness

In 2016, Leadership Montgomery and the Corporate Volunteer Council of Montgomery County made the decision to merge their organizations to amplify each other’s strengths, and provide more value to their members. Under new leadership, Leadership Montgomery understood that it had just one chance to get their expansion announcement right—to ensure its range of supporters saw the expansion positively, rather than the possible perception that one organization was “saving” a weaker partner organization.

In October 2016, Mission Partners came on board to develop a strategy for announcing that expansion. The team conducted a comprehensive review of and refresh to the brand, developed of a marketing plan, and conducted message training for all senior executives in the lead up to the announcement. Mission Partners also conducted In-Depth interviews to close-in supporters to ensure that the message we intended to deliver in early January 2017 would be received positively. 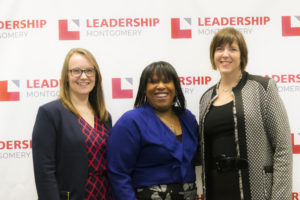 In January 2017, Leadership Montgomery unveiled a new brand and a new strategy for growth, as discussed in this announcement. On February 16, 2017, Mission Partners coordinated a service event to mark Leadership Montgomery’s program expansion and the launch of the organization’s new strategic plan. The reception and service activity took place at Sodexo–a regional volunteer powerhouse that had directly engaged with the Corporate Volunteer Council for years and had many Leadership Montgomery graduates in its ranks–in Gaithersburg, MD. The event featured brief remarks from Shondra Jenkins, the Executive Director, Sodexo Stop Hunger Foundation and Director of Sodexo Community Relations; C. Marie Taylor, the President & CEO of Leadership Montgomery; and from Nicky Goren, CEO, Meyer Foundation, which provided the grant that funded this project.

The message was rolled out with great enthusiasm and community support, and in just the first few weeks of the expansion news having gone public, Leadership Montgomery witnessed a positive spike in member and community engagement.

Additionally, Stanford Social Innovation review was so interested in the collaboration, they featured it as a case study on their website.

“The needs of our county have evolved,” said Leadership Montgomery’s new CEO during the public announcement. “As I’ve listened to what our members, our graduates, and our partners desire in leadership programming, I’ve realized without hesitation that with CVC, we can deliver more for those whom we support, and we can pull our community closer together in the process.”

Because these cookies are strictly necessary to deliver the website, refuseing them will have impact how our site functions. You always can block or delete cookies by changing your browser settings and force blocking all cookies on this website. But this will always prompt you to accept/refuse cookies when revisiting our site.